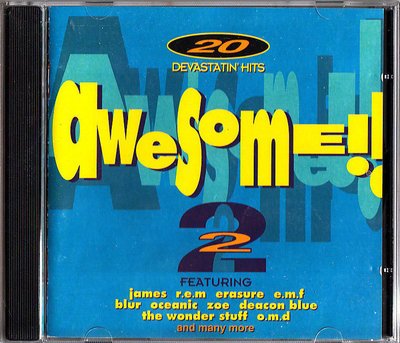 20 devastatin’ hits feature on Awesome 2! This is one of my favourite compilations ever. Released in 1991, I caught on to it that year by borrowing it from a friend so that I could listen to The Wonder Stuff’s The Size Of A Cow.

If you can track down a copy of it, I would recommend that you do as it is amazing.

So many memories. I played this so many times that if I hear one of the songs I always expect the next one on the album to come on after. As I listen right now, I’m expecting Unbelievable to play in a minute!