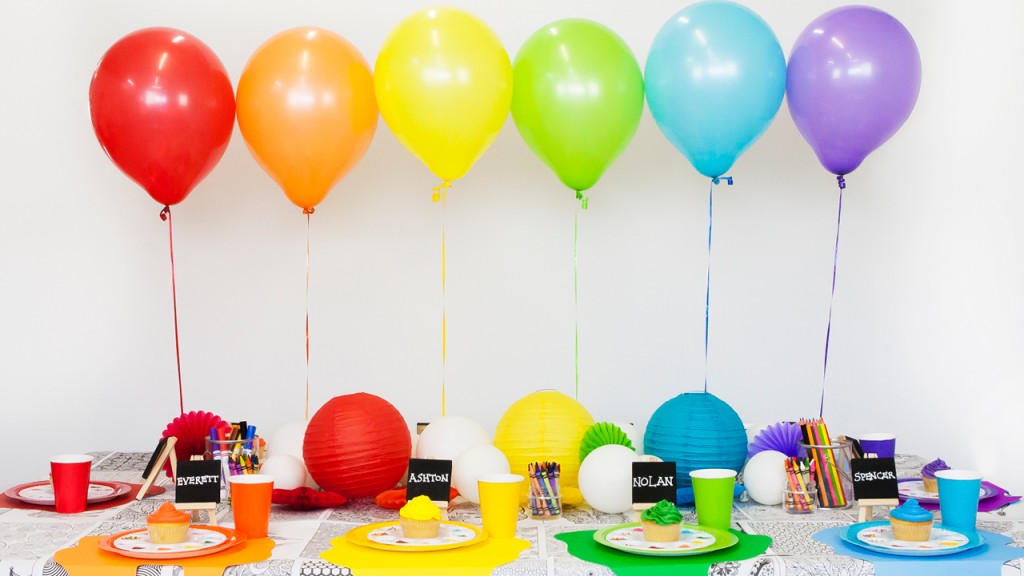 The parents:You can spot the parents a mile off. They are typically the ones that are dashing around putting food out, sorting drinks for grown ups or stood by the present table. If you’re the parent it’s not a time to relax and catch up with friends.

Over-enthusiastic adult:Often this is a random uncle or relative. This is the one that is more child than grown up who throws their all into entertaining the party. They will often be spotted on the bouncy castle, dancing or generally being the life and soul of the party.

Balloon player: Usually a role played by dads who need something to do, the balloon players carefully kick, knock or bounce a balloon to others. The game is never acknowledged by anyone playing. That’s one of the rules.

The phone reader: This parent doesn’t want to be disturbed. They’ve brought their phone and that’s all they need.

The Nose Wiper: There’s always a child that cries at everything. This means there’s a parent who spends their time following them around wiping noses, comforting tears and begging the child to calm down.

The childless show off: A relative or friend of the family who comes along to the party to try to look cool just because they don’t have a child.