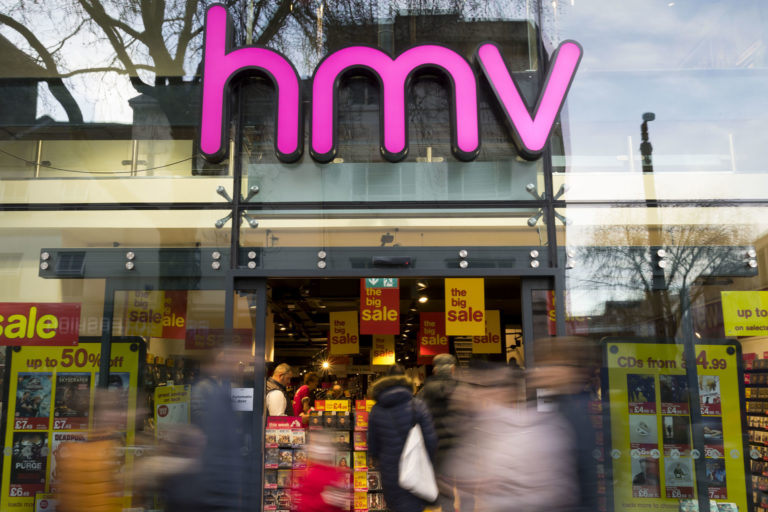 I am really gutted to be hearing that HMV is going into administration again. This time, it will almost certainly be the death of the company.

HMV was my favourite shop. When I was at Chester Uni I used to visit every single week without fail. I’d be looking for the latest CD singles (I’ve never been an albums man.) I’d browse the collection of old singles. Around that time I’d be looking for DVDs of new films and TV series. The Chester store had some white label dance records which I’d look for – even buying a record player to play them.

I could lose hours at a time, exploring the Aladdin’s cave of treasures.

I’d visit less often when I finished Uni but would call in to HMV whenever we saw a store.

Then in 2003 we got broadband and wifi. At this point my CD purchasing slowed down as I moved towards downloading. For a while 7 Digital was my download store of choice. In 2010 I got my first iPhone. From that point on it was iTunes.

In 2007 we started with Sky – specifically so we could watch the third season of Lost. We decided to subscribe to Sky Movies as well. It was at that point that our DVD buying also began to slow down.

By 2010 we were no longer buying CDs or DVDs. Everything would be streamed or downloaded from about that point onwards.

We stopped visiting HMV as we didn’t want to fill the house with more CDs or DVDs if everything could be stored on a device or in the cloud.

I imagine that this is probably a similar pattern to other HMV customers over the years. The business model doesn’t seem to fit with a digital society. The reason for the store’s demise could be due to being taken advantage of by businessmen. But despite that, surely it couldn’t have lasted much longer.

HMV doesn’t feel relevant to the way we consume media these days. So sad. My thoughts are with anyone losing jobs from this.