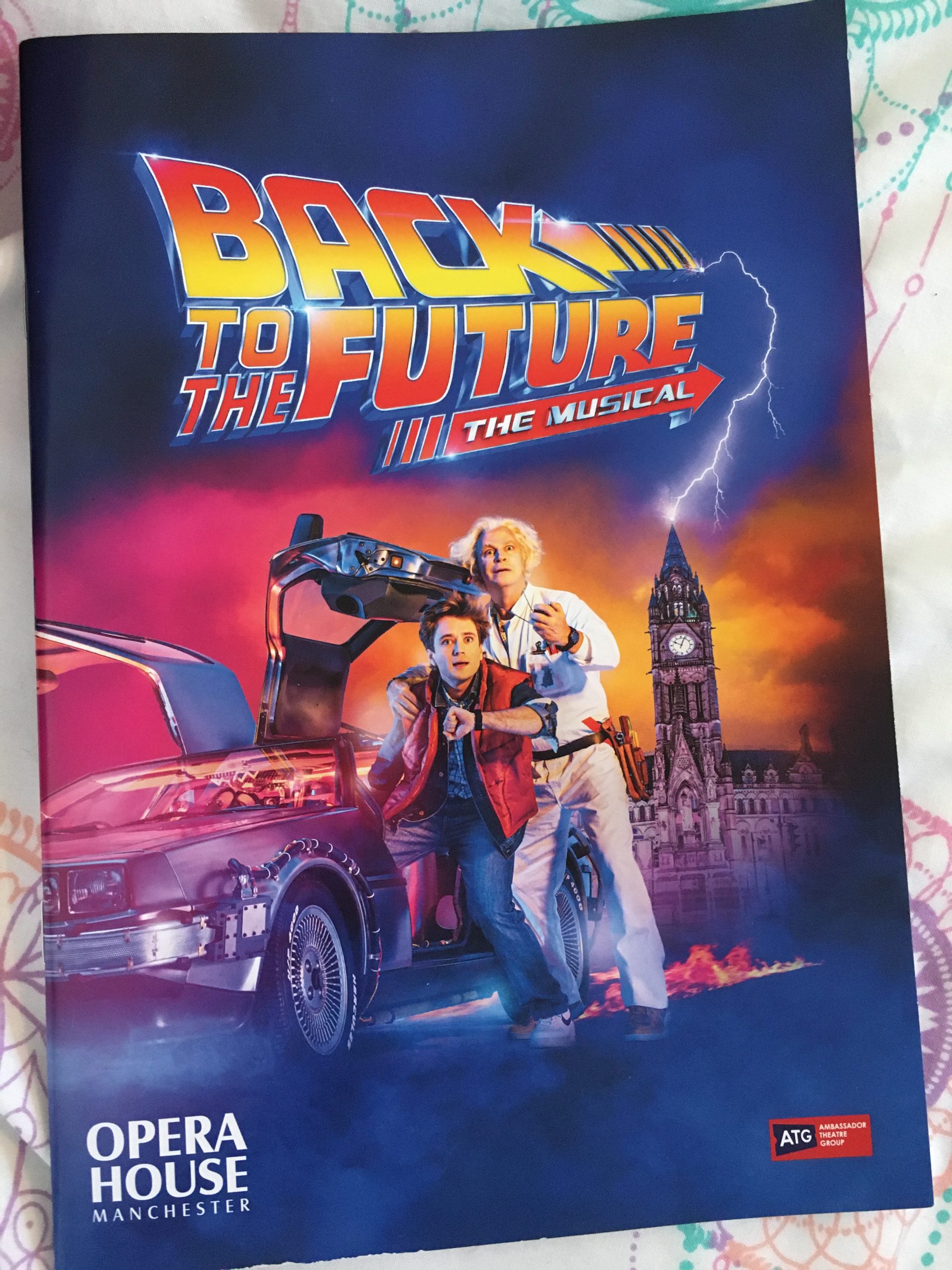 Back To The Future has always been one of my favourite films! Of course, it’s full of pot holes and strange quirks, but it’s a classic! Over the years there has been talk of a reboot and I’ve not been sure about this. So when it was announced back in May 2019 that they were going to reboot it in the form of a musical, I was really excited. This would be something different!

It was either going to be incredibly brilliant, or incredibly bad. So when I managed to find bargain tickets for just £13 each it was worth a shot.

BTTF: The Musical opened at the Opera House in Manchester about a week ago. We went to watch it last night (what a way to remember the bonus day of 29th Feb!) and I am pleased to say that, not only was it incredibly brilliant, but it exceeded all of my expectations.

The show is more than just a musical. It’s an education in special effects. The things they managed to do with the Delorean were magical.

The show starred Olly Dobson as Marty McFly. He was so believable as the main character that you didn’t notice it was Michael J. Fox. He had the same voice traits as the actor! He was superb!

Roger Bart, who we recognised from loads of different things, was Doc Brown. He was hilarious! A knowing performance, he paid homage to the original performance whilst bringing something new to the character. He managed to include all of the silliness of the movie performance with great singing. He was sensational!

Hugh Coles as George McFly was phenomenal, as was Rosanna Hyland as Lorraine Baines. Aidan Cutler was great as the bully Biff Tannen. The character of Goldie Wilson was expanded for the musical and Cedric Neal was show stealing in the role!

The music was refreshing – funny, sentimental and catchy. But, for me, the best songs came at the end and were the classic songs from the movie – Earth Angel, Johnny B. Goode, The Power Of Love and Back In Time.

I don’t want to spoil the show by telling you what they manage to do with the time travelling car, but it is worth going to watch it just for the last twenty minutes alone!

There are some pictures and a review of the show here.