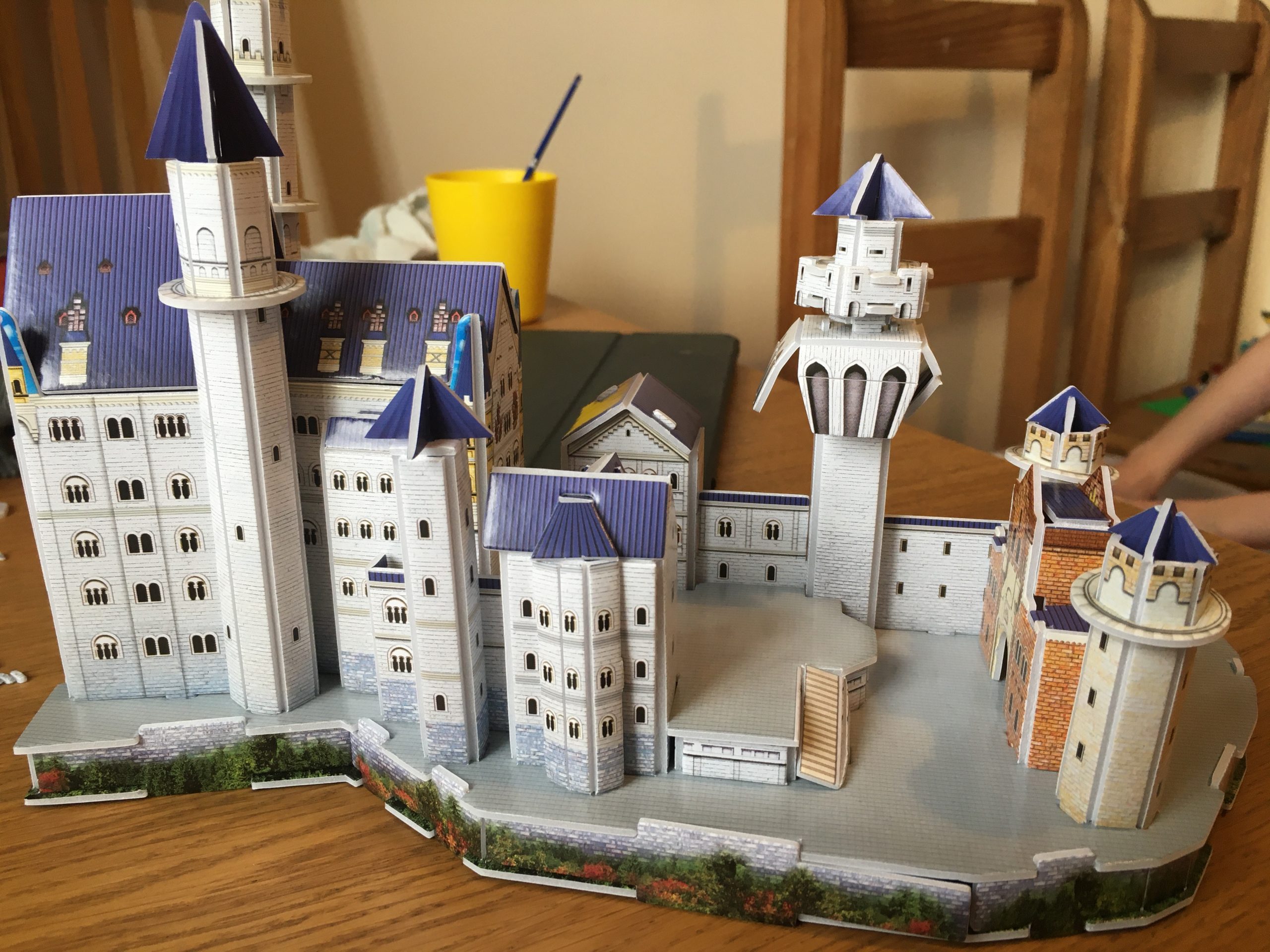 My daughter and I had fun building a model of Neuschwanstein Castle this afternoon, using a set bought from Lidl.

Before Christmas we bought a couple of 3D landmark puzzles from Lidl. We bought two – Big Ben and Neuschwanstein Castle. Today we had a go at the castle and really enjoyed it.

The models are made without the need for glue and scissors as you assemble them using folds, hinges and joints. Having said that, I would recommend a small kitchen knife to help you cut out the holes for the joints, and some craft glue might be worth having for certain details.

It took around 45 minutes to make and it was good fun, actually and we would definitely recommend picking up a couple of you spot them in store. They were about £4 each. There were a few other options including Big Ben, the Eiffel Tower and Tower Bridge. We intended to go back and buy some more but haven’t been back to Lidl since then! 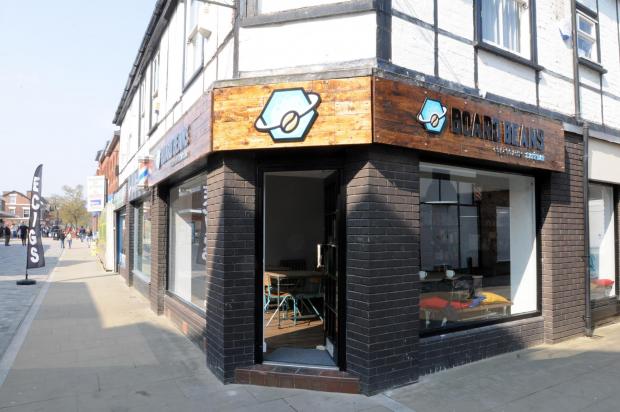 We finally got to try to Board Beans Cafe in Northwich today.

The Board Beans Cafe opened in 2019 and we’ve walked past it on many occasions but not actually tried it, for no particular reason. Today we finally did and it was great!

We were there on a Saturday afternoon. It was fairly busy but there was a spare table for us. It seemed like a great way to keep the children busy. We ordered drinks and an ice cream sundae. We were charged £3 per adult to play games – this would cover us for three hours, although we never planned to be there that long.

The was a huge choice of games. Because we had the children with us we only really focused on the children’s games, but we could see shelf after shelf of more adult games. The website says there are over 350 available!

We played a few games but the children made it a little difficult as they couldn’t agree on games and couldn’t agree on rules! But the staff were really friendly and patient, even explaining the rules for a balance a penguin game!

The food and drinks look great and I’d like to visit again but without the children so that we can play some decent, unusual games. There was one called Cash and Guns which sounded and looked fun on a nearby table!

This is a unique cafe in Northwich and, in fact, unique in the local area – there’s nothing else like it that I’m aware of. It’s well worth a visit if you’re passing. 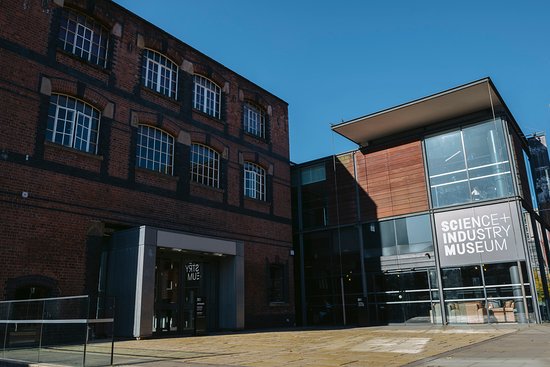 I would give the Museum of Science & Industry, Manchester, a miss at the moment.

We visited on Sunday January 5th 2020 – to be fair, it was the last day of the Christmas holidays. That might explain the poor museum, but I’m not sure.

The Museum is free and it has always been a nice day out. We were keen to take our little boy as this would be his first experience of the museum that he would actually remember. “There are trains, planes and lots of games to play,” we told him.

The main entrance is really impressive. The staff were really polite and friendly. We visited the Experiments part of the museum. This is really interactive and fun and was the most popular part of the museum. Our children loved it, but I couldn’t help but feel that it needed some TLC and investment. It needed a good clean. Many of the exhibits were not looking their best. For instance, there is a bike to ride which lights up a skeleton riding a bike. The skeleton’s leg had fallen off. There was an emphasis on sustainability on some of the activities, which was ironic as the picnic area didn’t offer many facilities in the way of recycling.

The cafes, as we walked past, were really impressive. They are clearly assets and the part of the museum that generates a lot of money. The shop looked great too, but we avoided this – it was January.

The textiles area was very quiet and there wasn’t much going on at all.

There was an exhibition about the sun, but this had a charge to go in, and the children weren’t particularly interested.

There was a science show – this was actually the last day of the show. This was great – our children really enjoyed it. The guy presenting was fun and interesting. It was interactive, funny and the children learned some good facts about the sun.

We went over to the Air and Space Hall. We noticed a sign that said the roof had leaked due to the heavy rain a few weeks ago. This might have explained why many of the planes and vehicles were covered up and why some of the paths were closed.

The 1830 Station and Warehouse were pretty much empty. There was a very old exhibit about connecting Manchester. A few years ago these buildings were thriving.

The Power Hall where the trains were was closed for refurbishment.

I am being harsh as it seems that the museum is undergoing lots of developments which will perhaps make it a better place to visit in the future. But sadly, at the moment, to be honest, it’s not a great day out. 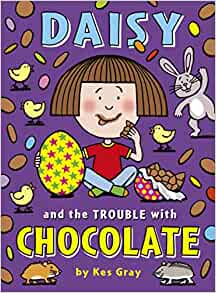 Recently my daughter and I have fallen in love with Daisy Butters books.

Daisy Butters always seems to find herself getting into trouble somehow, and it’s never her fault. She, and her best friend Gabby, get up to all sorts of mischief which usually ends up embarrassing her mum, or her neighbour Mrs Pike. Daisy takes great delight in winding up her enemy, Jack Beechwhistle.

Written by Kes Gray, the books are really funny to read as an adult. Lily laughs her head off at the adventures which are narrated by the child herself which makes them even funnier!

So far, our favourite has been Daisy and the Trouble with Life which is all about a strawberry dib dab.

So far we have read…

I can highly recommend the stories, Lily is seven, nearly eight and we love reading them together! 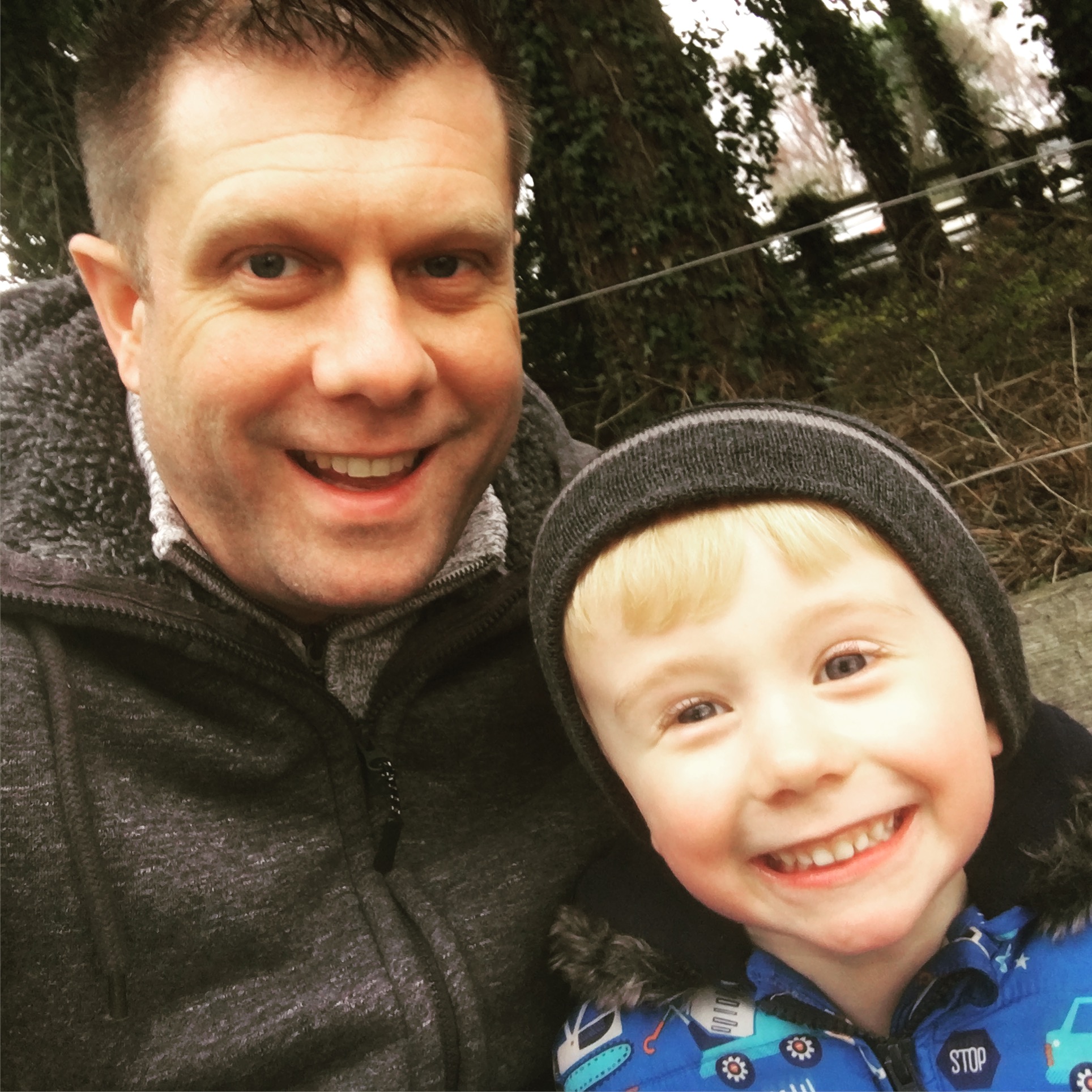 We have pretty much hibernated this entire school holiday, the children not even getting dressed on some days whilst they snuggled up and watched movies. It was time to get out of the house!

So today we went out for a nice walk at Brereton Heath. On the outskirts of Holmes Chapel, Brereton Heath is a lake around which there is a lovely walk. Lily took her scooter and George took his balance bike. The walk is not at all strenuous but does include some gradients up and down which Lily didn’t always find easy on her scooter. George was fine on his balance bike!

We fed the ducks. Be warned – there are ducks, swans and geese and they all come out of the water and chase you for the food. George and Lily were a bit bewildered by this.

As we visited on a cold January afternoon there was no coffee shop open but we have been before when there is. There is a visitor centre but we didn’t go in. There are toilets but we didn’t use them.

The car park is 80p for an hour or £2 for up to three hours. We were there for an hour and a half.