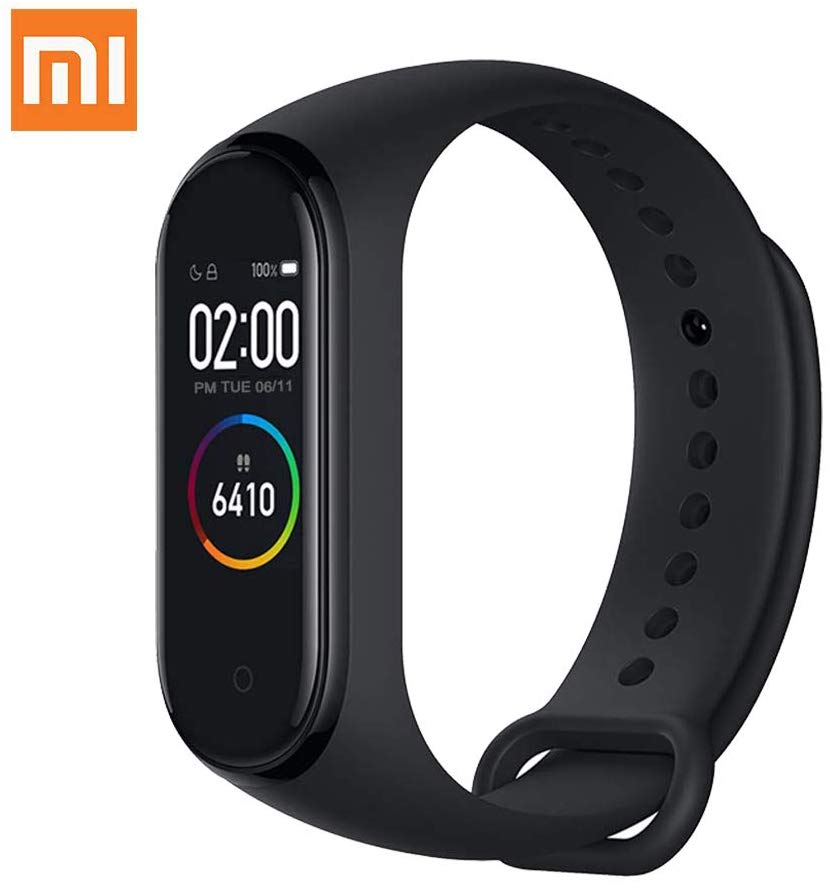 It was my birthday earlier this month. My wife bought be a great new watch and I’m really pleased with it. It’s a Mi Smart Band 4.

I’ve had a Pebble for the last five or six years and I’ve loved it. Recently, the watch has started to feel uncomfortable and heavy on my wrist. I was sure that the step count tracking was a bit off. And I was having to charge it up every two or three days. It was getting a bit frustrating. So started looking for a new one. Fortunately I spotted a tweet recommending the Mi Smart Band 4 – what a bargain!

You can buy the watch in various colours, but I went for black.

So, it arrived just after my birthday, but this means that I’ve had it around a week now. I guess it’s early days, but so far, I love it! And it’s affordable to replace if I have issues with it. I’ve ordered a screen protector as I’m paranoid about damaging it.

The watch was packaged well and it was very straightforward to get it on charge. Charging took a couple of hours, maybe. I was then able to link it to my phone after downloading the free Mi Fit app. This was dead easy and took seconds.

Once connected by Bluetooth, the watch had the correct time and immediately started counting steps.

Using the app I was able to set up notifications from different apps. To be honest, this was a bit annoying as they didn’t come through the following day at work. When I got home in the evening I rebooted the watch and suddenly they started working. I’ve had no problems since.

The big difference between the Smart Band and my previous watch is that this is so comfortable to wear. Instead of taking my watch off to go to bed, I can now sleep wearing this. So now it records my sleep pattern, which is interesting. The watch is waterproof too, which will be handy at some point.

After a week of wearing it, the watch still has 65% charge! Amazing, compared to what I’m used to.

I can’t recommend it highly enough.