Here are my six favourite covers of all time. I’ve tried to choose covers that are completely different to the original, not just a good vocal performance. 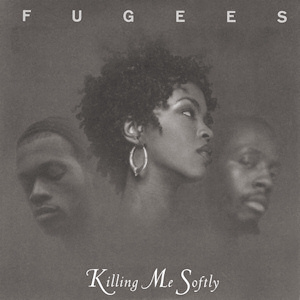 Here are my six favourite covers of all time. I’ve tried to choose covers that are completely different to the original, not just a good vocal performance.

The Fugees – Killing Me Softly
This song brings back so many memories. People of a certain age will know exactly what you mean when you go, “One Time!” I wasn’t really aware of the original version by Roberta Flack back in 1996. When I later heard it I could barely believe it was the same song. The Fugees version is awesome.

Mark Ronson featuring Amy Winehouse – Valerie
The original, by The Zutons, was great. But Amy Winehouse’s performance of it took on a life of its own. It’s impossible to hear it without singing along. An absolute classic!

Michael Andrews featuring Gary Jules – Mad World
Originally by Tears For Fears, the Gary Jules version is so different that it’s hard to believe that they are the same! This version is the only good thing to come out of the overrated crap movie, Donnie Darko. Mad World is the standard for stripped back acoustic covers which became all the range after this!

DJ Sammy & Yanou featuring Do – Heaven
On hearing Heaven for the first time, it was just a brilliant dance single. But it was only later that I released that Bryan Adams had originally recorded it. DJ Sammy’s version is brilliantly uplifting, cheesy, but respectable. It was great in a club and is great turned up loud in the car. Bryan Adams’ version is more melancholic.

Disturbed – Sound of Silence
This is such a powerful cover. In my opinion it totally eclipses the original. This is a song that makes you sit up and listen. Just brilliant!
(I did once try to listen to something else by Disturbed and immediately regretted it.)

Pet Shop Boys – Always On My Mind
What an awesome song! To take such a sweet Elvis Presley love song and transform it into a pop banger is no easy feat. The Pet Shop Boys’ version is sublime!