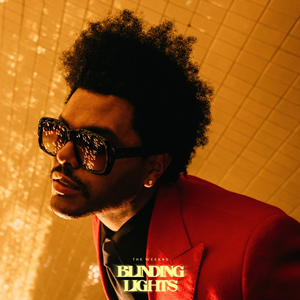 2020 hasn’t been a vintage year for music but were are a few gems.

The Weeknd – Blinding Lights
Ok, so this was technically released in 2019 but it enjoyed most of its success this year. The song is, excuse the pub, an absolute blinder! It sounds fresh every time you hear it, yet also sounds it was released years ago. I’ve not really enjoyed much of The Weeknd’s music before – part of this was stubbornness not to engage because I hate the way he is too lazy to spell his name properly. But between Blinding Lights and In Your Eyes, 2020 has been a vintage year for him. Both tunes are amazing, but Blinding Lights is phenomenal!

Ella Henderson & Roger Sanchez – Dream On Me (Roger Sanchez Remix)
Ella is such an amazing singer. She has released so much good music but has never really followed up on her initial success with Ghost. However, in 2020 she released some crackers and it was hard to choose my favourite. I have gone with Dream On Me as it samples one of my favourite songs, Another Chance. However, I could have chosen Take Care Of You as that is fantastic too!

Purple Disco Machine & Sophie and the Giants – Hypnotized
Before streaming became the thing, the hype around Purple Disco Machine would have been huge. His Nineties-revival remixes are amazing and this remix of what I assume is a Sophie and the Giants song deserved to be massive, like the Robin Schulz remix of Prayer in C was in 2014. Hyponotized is brilliant and is well worth a listen!

BTS – Dynamite
All I know about BTS is that they are Korean, they usually don’t sing in English and that girls love them apparently. Yet, somehow this year they released Dynamite – one of the best pop songs of the year by a mile. I don’t know how they managed it, but fair play.